As I write this blog, the S&P 500 sits about 12% below the all-time high it made in January. In June of this year it was down 23%—one of the worst starts in history—but since then it has bounced significantly. Which raises the question: Was that the low in June?

I’m teaming up with my friend Ashby from Money Visuals (check him out on Twitter @MVMoneyVisuals) to ponder this topic. Ashby puts complex investing topics into easy-to-understand images, so you can see why we became fast friends.

The issue with calling “bottom” is that it’s only knowable in the future. 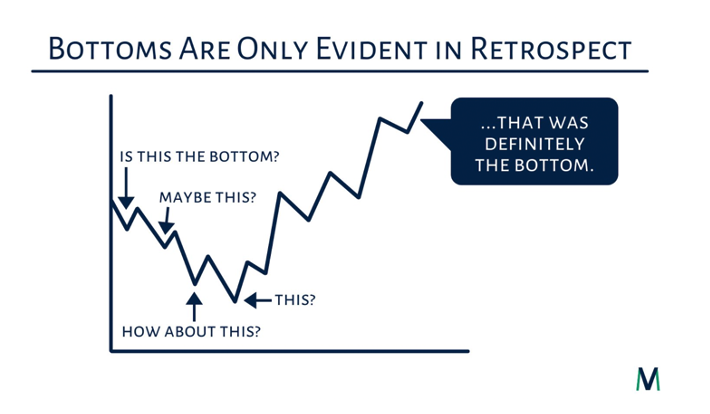 There are indicators people look at to try and make this call (breadth thrusts, sentiment, positioning) but none of them have a perfect track record.

When the low was made in March 2009 (Great Financial Crisis) and March 2020 (Covid Crash), no one believed the worst was over. Why? Because headlines were still horrific.  In 2009 it seemed like the entire financial system was coming apart and in 2020 a disease we barely understood was just getting going. I mean, of course no one believed the market bottomed (even though it had). Why would they?

Here’s the thing with bottoms: they don’t happen when the news is bright and cheery; they happen when headlines are still scary. In June 2022 we were worried about spiraling inflation, endless Fed rate hikes, and the potential for an awful recession. People were dumping stocks and bonds while contemplating further downside.

Yet we are up over 10% from there….why? Well, things weren’t as bad as we feared (and had priced). Our economy is still adding jobs, corporate earnings didn’t drop as much as we expected, oil and gas prices have fallen, and “motivated” sellers have dried up.

So, was that the bottom? I think it was, UNLESS the US economy falls off a cliff. The worst bear markets (think -30% or more) lie with the worst recessions, so if you don’t think that was the low, you need dreadful things to start happening in order to be right.

Does that mean I think we race back to the highs set in January? No, I don’t think we do. You can be bullish without expecting a rip higher. It’s possible we spend years going sideways.

How should you invest from here? I think this chart sums up my thoughts nicely: 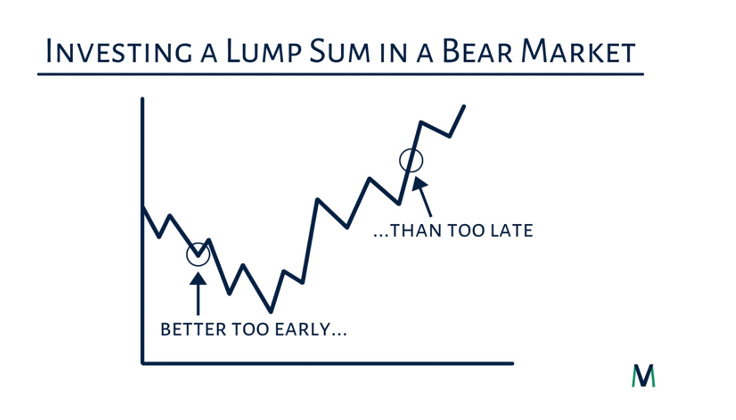 I’d rather be too early than too late. Warren Buffett famously bought stocks in the fall of 2008, way before the market bottomed in March 2009. Do you think he cares today that he bought great companies at good prices before the actual low was in? I bet he doesn’t.

Another thing to remember is that if you’re working with an advisor, they plan for all of this. That’s the whole point. 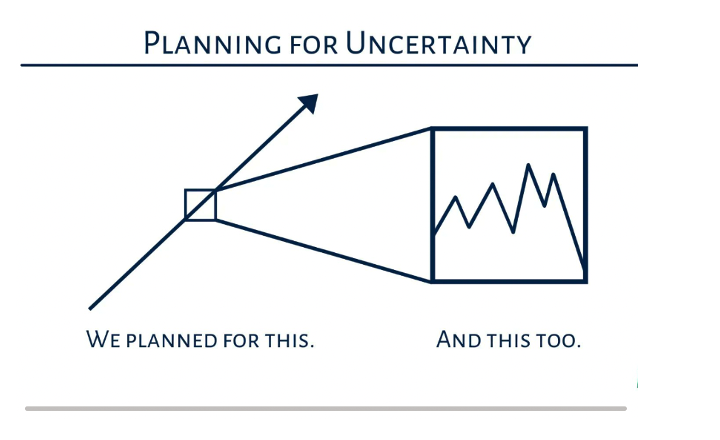 Selloffs are inevitable and there is NO strategy that will guarantee every year is a successful one. The world is just too complex, and the markets move too fast to say to someone “you’ll never be worried along the way.”

Finally, it’s never going to seem like a good time to buy. If you find yourself saying all of the things in quotes on Ashby’s chart, then it’s going to be super hard to succeed at investing. 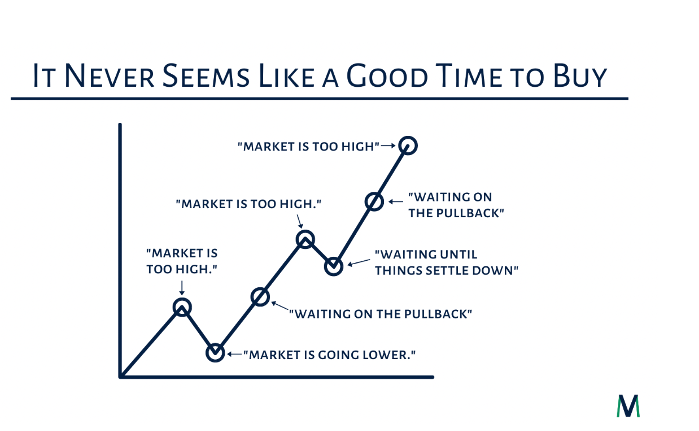 Remember, it’s not you versus the market—it’s you versus yourself. Pessimism about the future is seductive; it always seems like the right mindset. Don’t fall into the trap of thinking that just because things are bad, that means they will get endlessly worse.

As you contemplate how to proceed from this moment, consider this framing provided by the WSJ’s Jason Zweig—one of the best to ever write about investing.

“When you buy or sell stocks based on short-term market turmoil, the person you are trading with is your future self. Remember: In every trade, there has to be a winner and a loser. So who is getting the better deal?”

In reality, you have to be a rational optimist: Know that the world (and markets) are a scary place, but don’t let fear stop you from benefiting in the long-term growth of this nation and its stock market.