Take a look at this picture and tell me what you see. 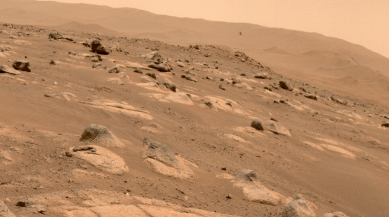 You probably see rocks and sand colored with a red hue.  You might also notice a tiny speck that looks like a fly in the air.  Let’s zoom in on it. 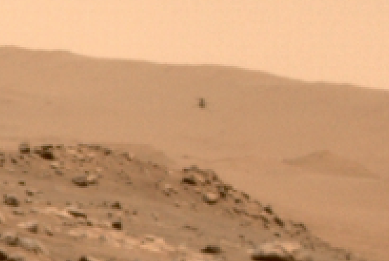 Is it a fly?  Looks like one right.   Let’s try one more picture: 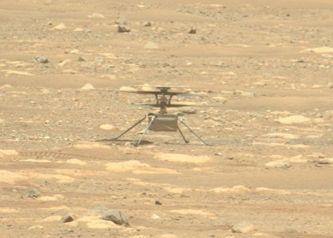 That right there is Ingenuity, a helicopter NASA sent to Mars alongside the Perseverance rover. The picture at the start of this blog was the 4th flight of Ingenuity, 188.47 million miles from Earth.

Humanity has achieved flight on another planet.

On December 17, 1903, two brothers from Dayton OH made four brief flights at Kitty Hawk NC and no one noticed. I’m serious, literally no one cared at all. It took the better part of 5 years for anyone to register what they had accomplished. Everyday people were going about their lives as mankind finally left the confines of Earth to soar among the birds.

Onboard Ingenuity is a small swatch of fabric from the first plane the Wright Brothers flew. Imagine what they would say knowing a tiny piece of their plane would fly on a red dot in the night sky only 118 years later. 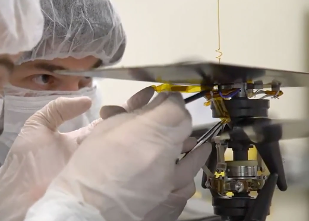 It’s been a difficult start to the decade, we’ve lost over 3 million people Worldwide to a disease that swamped our economies and stock markets. For many, 2020 will be thought of as one of the worst years ever, and even now COVID still rampages across the globe.

But as darkness threatened to envelop us, humanity answered the call. We created new mRNA-based vaccines faster than anyone could’ve imagined because that’s what we do, rise to meet challenges. We create new technologies, new ways of thinking, new ways to treat the sick, and quite literally change the future. Vaccinations will spread, hard fought immunity will be achieved, and this chapter will close.

Think of all the everyday things WW2 spawned, another gut-wrenching moment in our history: penicillin, jet engines, synthetic rubber, the microwave oven, computers, just to name a few. It is only when things are the hardest that we take our biggest steps forward.

You might not care that we have a helicopter on Mars, and you might not think it’s a big deal that we’re driving an expensive toy over some rocks millions of miles away. You have bills to pay, the World seems as divided as ever, someone told you inflation could rise, and the stock market might crash.

While the tempest rages on Earth, a group of scientists are taking huge leaps forward on behalf of humanity. It might be hard to see why a helicopter on Mars matters but it’s always been that way. We can’t predict what will happen in the future any more than the people in 1908 could predict how Wilbur and Orville’s invention would change the World.

I implore you, for just this one moment, stop worrying about money or politics or a disease we will BEAT, and let optimism about the future wash over you. Put aside your earthly cares and dream like you used to as a child about all we can accomplish when we put our minds to it.

A piece of the Wright brother’s flyer took to the skies of Mars. It’s enough to make my spirit soar alongside it.

The Most Important Question

FOMO (Fear of Missing Out)